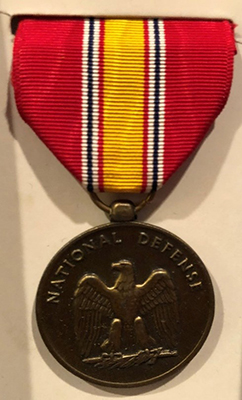 Money, power, fame and fan adulation appear to be important to politicians, sports figures, television personalities, and online influencers among others.  Given all the headline attention that some of the people in those fields receive, it is no surprise that a combination of big bank accounts, influence, and the spotlight follow.

Veterans, the thousands of anonymous men and women who are asked to be constantly ready for the worst things that might happen the country, do their work for modest pay, no “power” beyond the power that comes with their rank and respect from their fellow men and women in uniform.  Their “business” is done outside the limelight and make headlines when something happens that many would rather not see.  No one gets rich while serving in uniform and the few that may have any fan following get it after some horrific events have occurred.

The unfortunate historical development of the past fifty-five years is that we demonized our combat veterans of the Vietnam era.  Society’s reaction to those who met the call and served in Vietnam caused them to go “underground” in the sense that many who served their two or three-year commitments left the military and attempted to bury that experience and hide it for decades after their service.

Veterans of the Vietnam era were the last to confront something that the majority of Americans today may not comprehend—conscription, or more commonly referred to as the “draft.”  Unlike today’s volunteer military, tens of thousands of young American men waited for the draft board to send them their notices, or facing the inevitable, some signed up with the knowledge that it was only a matter of time till they would be called upon to serve.  Drafting manpower to fight in Vietnam invested more of U.S. society into following what the Government was doing and that resulted in the pressures to find a way out of an unpopular war.

During the past twenty years of wars in Iraq and Afghanistan, we seemed to have made a deliberate effort to make a distinction between the politicians and their decisions about wars and those who have volunteered to serve and fight the wars.  In recent years, on the streets, on television, on social media platforms, and elsewhere, we often hear or see notes expressing, “Thank you for your service.”

It is hard to determine if expressing that sentiment allays the bitterness that some of our Vietnam veterans have felt for decades.  Whether it does or not, what is evident is that we do see more and more of our Vietnam combat veterans and other Vietnam era veterans wearing hats or shirts that signify their past service.

While the vast majority of the veterans of our most recent wars are still relatively young, we should remind ourselves that as the few remaining World War II veterans pass away, the youngest of our two other wars (Korea and Vietnam) are now at least seventy years old.  Our Korean War veterans are well into their eighties.  With the withdrawal of U.S. combat troops from Vietnam in 1972, the youngest of those veterans are nearing seventy years old with the vast majority having already passed that milestone.

From the veterans of our most unpopular war, there is a great legacy being left to us by our Vietnam veterans.  The greatest legacy is the one they have given each other . . . life.  When a group of these old warriors reunite with men from their old units, they may shake hands, they may give their buddies a squeeze on the shoulder or a healthy slap on the back, but many embrace each other, embracing the life they gave each other for these additional fifty-plus years.

That gift of life to each other has led to spouses, children, and grandchildren.  They provided each other a return home to see parents and siblings, living decades that were denied their fellow warriors who fell in battle.  Reunions are a time when each of these old warriors can see the legacy of generations that they gave each other.

Today, the men and women who served decades ago in that most unpopular war are proud of their service.  Many proudly wear hats or shirts that signify their service.  These warriors, having their service and sacrifice disparaged for many years, have aged with the knowledge that, in the eyes of those who matter—their brothers in arms, they served with honor.  They had each other’s back.  They gave each other the legacy of life, allowing them to raise their families.  As individuals, they may not have fame or fortune, but the gift they gave each other is priceless.